The generation of the PlayStation console is officially reaching its end. Sony confirmed in 2018 that they are working hard for the next generation of gaming hardware; the PlayStation 5. Sony spills out the beans about their upcoming generation to the gaming console without any hesitation. The rumors about 8K graphics, ray tracing, and SSDs give a warm feeling for every gamer, and we all are excited about what Sony has in their store. To enlighten you with the latest spilled out rumors about PlayStation 5, we have prepared a complete article for you, including hardware announcements, plenty of hypotheses, and leaks. Here is everything we know about the fifth generation to the PlayStation. 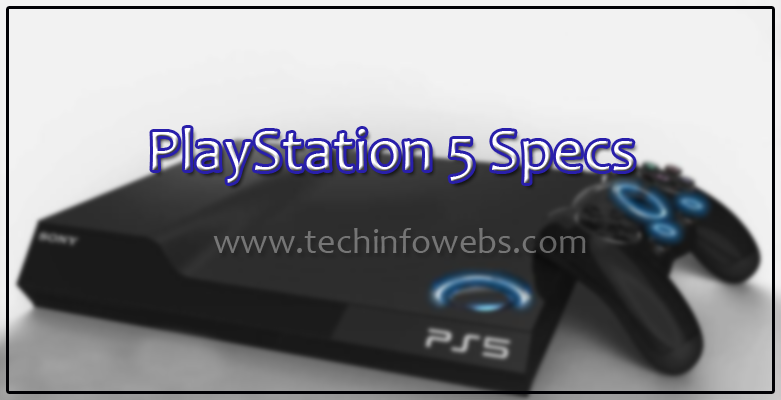 Speaking of the truth, Sony hasn’t yet announced a release date for the upcoming PlayStation 5. However, they have confirmed that the next generation to the PlayStation won’t be released in 2019. The Wall Street Journal has speculated that it will be ready to be released in the 2020 holiday season. If we consider the previous launches of PS3 and PS 4, both took place in November. So it is more likely to PS5 to be released in the same holiday season. BGR has claimed that an anonymous source revealed that Sony is going to host an event dubbed PlayStation meeting on February 12, 2020, to announce the PlayStation 5. Along with the reveal about PS5 hardware, Sony as well as the other third-party developers will show off their next-generation titles.

It is hard to predict both the price and release date of the upcoming PlayStation 5 because Sony hasn’t hinted about any of them yet. However, we can assume a price for PS5 considering the hardware specification rumors that are revealed out there. Experts have calculated and stated that the upcoming gaming console might be with an eye-watering price of $800.

Mark Cerny of Sony promised to give you 8K graphics, super-fast SSDs, and 3D audio in the upcoming PS5, he stated it in an interview with Wired in April 2019. He has also claimed that you will be able to play the existing PlayStation 4 games on the PlayStation 5 as well.

Cerny declared that the next-gen console would also include an eight-core CPU based on AMD’s third-gen Ryzen line. The CPU is likely to be built on the chip company’s latest 7nm Zen 2 process with a custom GPU built on AMD’s Radeon Navi hardware. And for the first time ever, that will bring ray-tracing graphics to a video console.

Sony is planning to replace the hard drive with an SSD in the upcoming PS5, and Cerny has claimed that this is going to be the big game-changer in PlayStation 5. They are planning to do so to speed up the load time and gameplay. Sony demonstrated the speed of the SSD by comparing the load times of Spider-Man on a PS4 and PS5, and the result was PlayStation 5’s speed was drastically faster.

The company hasn’t precisely pointed out any titles for the next generation system yet. However, they have announced plenty of IPs that are currently in production. It has also been reported that Sony is going to obtain way more exclusive titles. Naughty Dog’s The Last of Us Part II, Kojima’s Death Stranding, and Sucker Punch’s Ghost of Tsushima are the three productions/ first-party exclusives that have no release date still. Sony has chosen to skip E3 2019, and that suggests that the company is not looking to add any major upcoming titles to the previous PS4 and is preparing next-generation announcements.

Sony and the United Nations are working together as part of the “Playing for the Plant” initiative. That aims to mobilize gamers to play an active role in fighting climate change. As a support for this, Sony is going to add an optional power saving setting in the next-generation PlayStation 5.

Sony has invented a new technology that aims to remove loading screens from games. It is not a surprise at all because PlayStation 5 will feature SSDs that reduces loading time seriously compared with present consoles. Loading times may be gone for good now in the upcoming PS5.

CEO of Sony Interactive Entertainment; Jim Ryan stated that PlayStation 5 would be compatible with 4K graphics at a 120Hz refresh rate. This specification provides a smoother and responsive look on displays that handle faster speeds. Hopefully, this feature will attract PC gamers who are looking for a high frame rate.

Cerny has stated that PlayStation 5 will be compatible with all the PS4 games as both of the consoles are likely to have similar architectures. The good thing is, PS4 games will run faster on the new PS5 console because of the inclusion of an SSD.